is the Executive Director and President of the Cincinnati Black Theatre Company (CBTC), created the Midwest Regional Black Theatre Festival in 1998, was the, 2002, 2004 Festival producer. A recipient of numerous arts awards, including the 1998 Sowell Award and along with wife Paula Sherman, the Applause Magazine’s ImageMaker for developing youth through the art world. Mr. Sherman has been a theatre producer, director, teacher and playwright regionally for over 30 years.

CBTC Acting Board Chair, Board Chair of The Alpha & Omega Project Contemporary Religious Arts, President/CEO of Jackim Group of Companies, an Artist Management company. Mr. Jackson is also the Pastor and Founder of Come As You Are Reach-Out Ministries. He is a native of Cincinnati, has graced the performing arts and music industry since the tender age of eight years old. He has performed in and directed numerous productions. Mr. Jackson has performed nationally with Grammy Award Winner, Peabo Bryson and provided choreography for Motown Recording Artist, DeBarge. Mr. Jackson is a Community Advisory Committee member for the National Underground Railroad Freedom Center.

(Professor of Theatre/UC: retired) is a CBTC producer/director and education and literacy consultant. Prof. Davis has been a leader in the grass roots urban arts community, serving as the Arts Consortium director, and established and served as President of Nurturing Inner City Arts. He received the Mayor’s Arts Allocation and Applause Magazine’s 1998 Image Maker Award, and serves as President of Theatre, Inc/Free Theatre. Prof. Davis has been a professional actor, director, producer and writer nationally for 40 years.

is a theater arts volunteer and has served as CBTC’s Company Manager for over 10 years. She graduated with a Bachelors in Communications from John Carroll University and is experienced in arts administration, social services and communications. Ms. Williams has been a production assistant for CBTC, as well as for films such as “The Movement” and “Open the Sky”. She coordinates public relations efforts, as well as handling CBTC’s administrative responsibilities.

has a BA in Education and experience in Banking and School Administration, and Training and Development. He is CBTC’s Development Director and primary grant writer, as well as working on program design and development. Brian has performed onstage for CBTC and numerous other theatre companies throughout Greater Cincinnati.

director of CBTC Summer Performing Arts Camp. Mr. Goss is a native of Cincinnati where he teaches children with disabilities through the Cincinnati Public School System. William has gained singing experience as member of the Bibleway Mass Choir. He has years of tap experience from the Contemporary Dance Theater.

(Office Manager) Ms. Peele was an AARP volunteer training at CBTC, and has become CBTC’s Office Manager. She is a retired school teacher, and is still teaching Sunday School. Ms. Peele was recently elected as a Children’s Ministry state officer for the OBGC.

is our Literacy Takes Center Stage coordinator. She is also our Dance Instructor, resident Choreographer and lead dancer (Hot Chocolates, Black Nativity, Other Cinderella). Ms. Hammonds has performed at the Kennedy Center, Wolftrap Performing Center, Tokyo Disneyland, and the Palace Theatre in London. She is also on the Cincinnati Public Schools gifted assessment team for dance. Ms. Hammonds has a Masters degree in Engineering.

has a Masters of Fine Arts in Vocal Music, Dance and Theatre from Ohio University-Athens. He is a CBTC voice and instrumental music instructor, and is CBTC’s resident composer/arranger (Hot Chocolates, Other Cinderella, and additional music for Black Nativity). Mr. Hammonds directed, co-wrote and performed in An African American Opera, which debuted at CBTC’s 2002 Midwest Regional Black Theatre Festival.

is CBTC Choreographer and Class Instructor. Renee is a native of Cincinnati, Ohio and a graduate of School of Creative and Performing Arts, where she began her dance and theater training. She has danced professionally for the past ten years with companies such as Khamisi Productions, Afrikan American Drum and Dance Ensemble under Chuck Davis, and Pittsburgh Black Theater Dance Ensemble under Grier Reid formerly of Dayton Contemporary Dance Company.

currently teaches liturgical dance and choreography at various churches and within the Greater Cincinnati area. She also teaches with Cincinnati Black Theatre Company. She was a featured dancer in a Mighty Spirit Production with Avery Brooks. Ms. Ward’s studies include, School of Creative and Performing Arts (SCPA), Central State University, Queen City Dance theater, under the direction of Kyne Franks and several performances at the Arts Consortium. Ms. Ward has mastered classes with companies such as Kathleen Dunham, Alvin Ailey, and DCDC. Ms. Ward CBTC’s performances include Ain’t Misbehavin, Black Nativity and Our Satin Dolls.

CBTC Technical Director started acting in 1984. He participated in acting classes in Los Angeles and worked for the production of, “Tamara”, with the Ultimate Intimate Theatrical Experience as theatrical super. In 2004 he joined with the Cincinnati Black Theatre Company as a volunteer and worked his way to Technical Director for six of CBTC’s theater productions. Now he is a retired electrician working throughout the Cincinnati area. 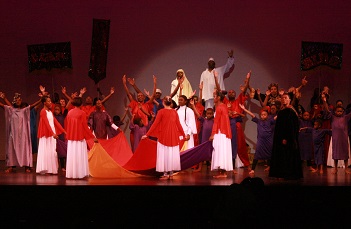